Into A New Century

By the end of the 1990s, Strathaven Airfield had become pretty derelict and very little used. When Colin MacKinnon used to brief microlight students at Cumbernauld before a solo cross-country flight to Strathaven they would ask: how will you know I have flown there? He would reply: there may, or may not, be a red-roofed hangar with the name Strathaven painted on it - let me know when you come back. You'll know what I mean when you see it!

Eventually, the original hangar collapsed, as pictured above.

The airfield was owned by the RAF Benevolent Fund and Colin wrote to them asking if he could take over the lease. He enclosed a full business plan. The fund asked him over to Edinburgh and talked through his plans and then said: would you be interested in buying it? Apparently, the airfield was costing the fund more in professional fees than it was getting in rent, so the fund's bosses in London had decided it should be sold.

While they had a pile of letters from people wanting to buy the airfeld, the fund had been given it in the hope it would continue to be used for flying - and they suspected many of the people interested in buying were actually wanting to use it for something else. So by approaching them to rent it, Colin had show some proof of his commitment to aviation.

Eventually, with three parties having shown interest a closing date was set and with an offer some 20% over the local auctioneer's valuation Colin MacKinnon became the new owner in June 2005. In March the following year, the Strathclyde Gliding Club's lease was terminated and work commenced 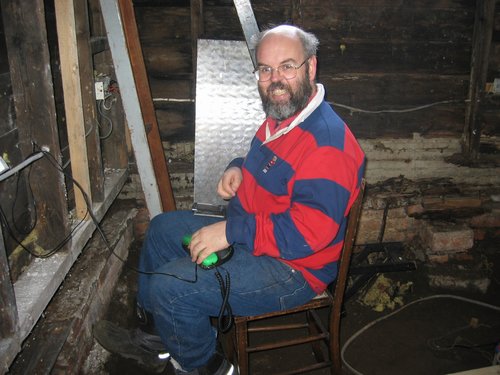 Go back to top of the page